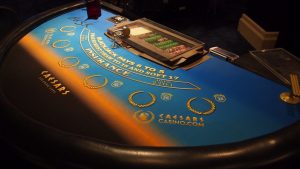 This year 2017 is a rather bad year for some casinos. Cheating, burglaries, embezzlement, these facts are real problems encountered by these gaming palaces.

The Casino Barrière d’Enghien-les-Bains has just suffered one of these facts. Indeed, a group of malicious players was arrested for cheating on Tuesday, December 5. The cheaters tampered with an electronic roulette wheel to perform their modus operandi.

They were 13 people to have accomplished this act. Their plan was really daring, to be able to fill their wallets, they hijacked the surveillance of the casino while manipulating the joystick placed below the machines. These levers in question are used for the maintenance of certain electronic casters. They secretly controlled these machines for huge payouts and walked away with hundreds of millions in their pockets during these games.

According to the casino’s estimate, these criminals received nearly 1 million euros in all, before being flushed out by security guards at the Casino Barrière d’Enghien-les-Bains. In particular, the site supervisors had already suspected these people as being dishonest players since September. However, since they did not have any hard evidence, they could not charge them. To be able to corner them, they then watched their every move to discover their modus operandi. 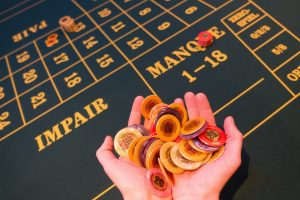 And after watching them closely, the casino agents managed to discover that while this group was playing at a table, one of them was manipulating the machine’s joystick, while hiding his hand by her bag. After that, they were arrested for deception in the great palace of Enghein-les-Bains.

Given the age of these players (between 20 and 25 years), they will receive a heavy penalty for having committed such an act. To date, the case is ongoing, we will soon see the verdict at the end of their trial.

In addition, we can say that the casino to strengthen the security of its places. Indeed, after the skinning of customers by 3 criminals in October, security must surely have been reinforced to ensure customers the serenity of the place. Above all, during these holiday periods, the establishment wants punters to be entertained as much as possible with peace of mind.